It was name after Indira Gandhi on 2nd November 1984.

Kanwar Sen prepared the draft of these ambitious plans for the first time in his report “Requirement of water in Bikaner state”.

In 1953, the first report of the project was prepared by the Central Irrigation and Shipping Commission, which was approve by the World Bank. This project was starting on 31 March 1958 by the then Home Minister Govind Vallabh Pant.

Rajasthan Canal Board was formed on 19th December 1958 and Kanwar Sen was made its first chairman.

On October 11, 1961, Dr. Radhakrishnan, the then Vice President of India, started this project by flowing water in Naurangadesar distributary of Rawatsar branch.

Irrigation Area Development Program was starting in 1974 for the development of irrigated area in this project.

Indira Gandhi Canal originates from Harike Barrage Ferozepur, Punjab situated at the confluence of Beas and Sutlej river. The total length of this canal is 649 km. (Harike Barrage from Ferozepur (Punjab) to Mohangarh (Jaisalmer))

It has a length of 204 km Rajasthan feeder. Which is from Harike barrage to Masitavali (Hanumangarh).

Rajasthan Feeder supplies water to the Rajasthan Canal. The length of Rajasthan feeder is 204 kilometer whose division is as follows –

9 branches were construct for water distribution in Indira Gandhi Canal – 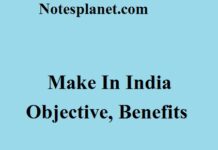 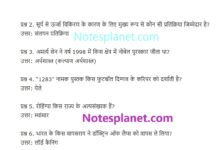 GK Questions In Hindi With Answers